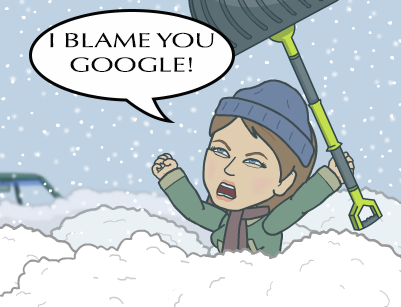 Whether we like it or not that enduring and bloodcurdling line from Game Of Thrones is beginning to haunt companies, “Winter is Coming.”

Your phone stops ringing and ours begin to ring off the hook. Winter is a great time to re-evaluate, put income into advertising, and start completing tasks you’ve been avoiding. Knowing how your business is generating income is a key ingredient in being successful.

Breaking Down The Mistakes 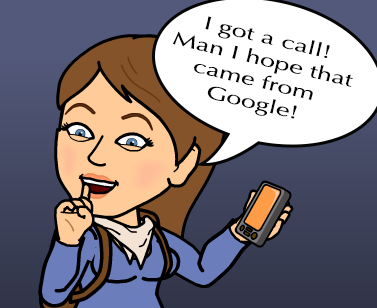 We hear this a lot, Companies not logging where they’re getting business. So, things are slow and you’re thinking about spending more money on Advertising and what inevitably happens to companies is they put all their money where it doesn’t belong. The phone stops ringing and they call us, their SEO guru and they ask, “Why isn’t my phone ringing?” I respond, “I’m not certain, you’re number one on Google?” It’s nice when I can actually respond that way. The honest truth is 100% of your calls DOES NOT come from people searching on a Search Engine. Yes, Ranking on the Internet is a piece of the pie but isn’t the whole pie.

Ask! It’s so easy. After you book an appointment just say those 6 Little Words, “How did you hear about us?” When things get slow this makes it simple to sit down and look at the top 3 areas you receive business from and put money in those areas! Whether it’s SEO, Mail Outs, or Yelp that’s where you should spend your Advertising Money.

Ranking on Google is so hard and putting all your eggs in that basket is just wrong. It’s getting more frustrating and painful since they turned the Local Results into a little Snack Pack of 3 and that to us feels like we’re trying to capture the Leprechaun at the end of the Rainbow.

We have some clients with so many Reviews and they’re doing everything right but are #4 or #5 and not showing in that top 3 while the others have no reviews and sometimes not even a website, why does Google do that to us? Ugh! 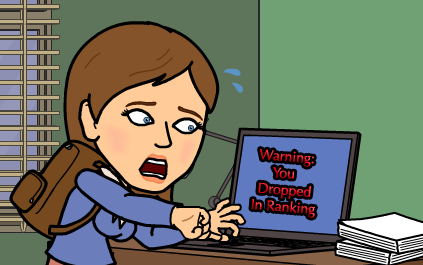 Let’s face the evil truth of SEO, it doesn’t always work, yes we have the majority of all our Clients on Page 1 and they’re either #1 or in the top 3 and they’re getting phone calls. However, we have a handful of Clients that we’ve been doing SEO on their Sites for a year now and we’ve gotten nowhere, and we’ve done everything! And we’re continuing new efforts in discovering what’s wrong or we start fresh and so on and so forth but sometimes when we think we can get a site to Rank in 6 months or less it just doesn’t happen. Eventually of course we can find success but it takes time and that’s why it’s so important to find other outlets for Advertising.

Having a successful company entails disbursing your Advertising and Branding. So, you want to distribute your money in several different markets like Mail Outs, if you’re in California you may want to consider Yelp, Facebook Ads, Craigslist Ads, Newspapers, going Door to Door, and in every area it is different what works so again remember to always ask your customer how they heard from you. 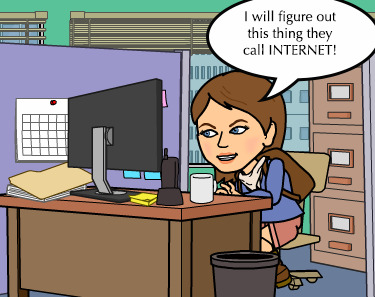 Last year I was sitting in front of my computer checking people’s Rankings. As I sipped on my cup of coffee I decided to take a short break and read some headlines in the news and I noticed a top headline was “Chicago Experienced It’s Coldest 4 Month Period On Record.” I scrolled down and saw bikes frozen, houses with frozen pipes, and so on and so forth. The phone rings and it’s a Carpet Cleaning client we were trying to Rank in a suburb near Chicago and he was very angry that he wasn’t ranking and his phone hadn’t rang for days and he wanted to cancel and he basically wasn’t very nice to me at all on the phone. I apologized and canceled services but I wanted to say, “Can you even clean carpets since it’s in the negatives there? I wouldn’t want my carpets cleaned if it was that damn cold.” I should have said that but I didn’t.

Later that day, our client in Chicago called. He does carpet cleaning, water damage, and a lot of other things. He called to thank us for everything we were doing and said he hadn’t made that much money in a winter in Chicago in his entire life. He went on to tell me how everyone’s pipes were freezing and he was on multiple water damage jobs every day.   I guess the point I’m trying to make is Companies have to know and realize when their busy time is and when their slow time is. Even SEO Companies have that issue as well. So, you either put money away for your slow season or offer other services to make up for a service that isn’t being called upon. Obviously, when temps are less than 10 degrees it’s very unlikely you are going to get a carpet cleaning call and depending on your equipment you may not want to use it in certain temps. So, offer other services like water damage, plowing, and maybe janitorial work.

This word is scary to a lot of people in the service industry. Companies that have stayed old school and don’t have websites and don’t spend money in Internet marketing I think get forgotten. Companies that consistently evolve and try new things to succeed make more money. For a lot of you we are approaching the slowest time of the year and I think that gives opportunity to improve things, research new ways of improving your business, and evaluating how you need to improve. I’m going to leave you with an inspirational quote and hope it inspires you to not dwell in the lack of phones call but inspires you to evaluate and improve your business for success.

“Learn to adjust yourself to the conditions you have to endure, but make a point of trying to alter or correct conditions so that they are most favorable to you.”