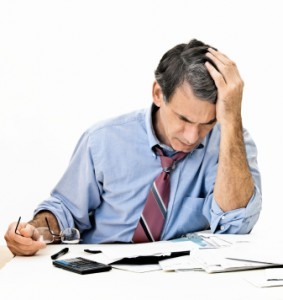 I don’t typically like to slam other companies, but this is something all carpet cleaners (or any type of contractor) need to know about.

One of the most important factors in ranking your Google Places listing is consistency across the Internet in regards to your Company name, phone number and address. Google has a spiders that constantly survey the web for your business information. If your info does not match up then it will hurt your Google Places ranking. The popular online lead generation company ServiceMagic will inject each of its contractors with a fake phone number that is forwarded to their office, NOT yours.

Let’s look at the following scenario:

Bill from Bill’s Pro Carpet Cleaning works out of his home office. He has been living at the same address for the past ten years. He has signed up for lot’s of different online directories to help promote his business and help rank his Google Places listing. After a few months he starts to see results as his listing has made into the top 3 positions. The phone is ringing, he stays busy and life is good.

Then one day he gets a call from ServiceMagic. They tell him that they can get him at least 10 new leads per month for a small fee. All he has to do is apply and wait for the leads to come rolling in. Bill says, “Sounds great, why not give it try, the investment is small and if I don’t like it I can cancel.”

As promised, ServiceMagic delivers several new leads per week. Bill has to bid against 3 other cleaners, but he is a good salesman and has fair prices so he usually gets the job. The only problem is that his Google Places ranking has dropped down to the 6th position instead of 2nd or 3rd. So he has more leads from ServiceMagic but less leads from Google.

Was this just a coincidence? No, what happened is that when Bill signed up for ServicMagic he was unaware that they would also be listing his business on Internet directories all across the web. These are the same directories that Google looks at when trying to determine the correct company name, phone number and address. When ServiceMagic lists a business they enter the correct company name and address, but they use a phone number that is directed to their office. So when Google goes out to the Internet they find that sometimes the company has Bill’s correct phone number, but in other instances it has this fake ServiceMagic number. That’s an inconsistency that will hurt a Google Places listing.

Bill’s situation is a fictional story that I made up to illustrate a point, but I’ve talked to a lot of carpet cleaners who have had almost the exact same experience. In fact, my own Google Places listing dropped for a couple of months until I realized what was going on. When I called ServiceMagic to ask them what was going on they said that I had the option to “opt-out” of the forwarded phone number, I just had to make the request. Well, it was too late, they weren’t going to go back and change all the false directory information that was already on the web.

So in order to solve the problem I had to do a Google search for the fake phone number to determine all the directories they had submitted to. Then, I had to manually go in and change them back to my own phone number. It took hours and was a major headache. It took another month for all the information to filter through and get back to Google before my listing started ranking high again.

Conclusion: If you decide to give ServiceMagic a try, make sure you tell them NOT to spread your info around the Internet. If you already are using ServiceMagic make sure you check to see where they have inserted the fake phone number and change it ASAP.

I found the following video on Youtube that shows exactly what I’m talking about. It also promotes some other lead service company that I know nothing about, so I’m not condoning the sales pitch.