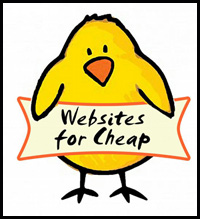 About a year ago I switched to a new auto mechanic named Chris. The guy I was using before was very nice and seemed to know his stuff and his prices were great, but it seemed he was always redoing things or keeping it for a day or two longer.

At one point, I had a transmission leak that he worked on four different times and it was in the shop two days each time. He only charged me a couple hundred dollars, but I missed eight days of carpet cleaning, which set me back $1700 for the month. Worse, the transmission was still was leaking. Finally I decided to take it to a new mechanic named Chris who fixed it the same day, but charged me $800.

In the end, my cheap mechanic actually cost me twice as much, not including the stress and embarrassment of calling clients to cancel and reschedule.

I told my new mechanic the story and from him I learned a valuable lesson, “Joe, you need to understand something: Cheap Ain’t Good, And Good Ain’t Cheap!”

I’m sure you can relate. This slogan can be applied to many business practices, in the cleaning business and the web design industry. After speaking with a couple hundred or so carpet cleaners, I have heard similar stories when it comes to web designers and hosting companies. I’ve heard stories where the web designer took several months to complete tasks, or just put up a header and said, “Okay, you do the rest”. Other cleaners have used a cheap do-it-yourself program that ended up looking unprofessional.

Many carpet cleaners go years with an ugly website that does not bring in calls. In fact, they may be losing calls and losing money just because they decided to go the cheap route.

By now it is common knowledge that the Internet is the #1 BEST WAY to get new clients for your carpet cleaning business. Like anything else that is worth doing, you might as well spend the money and do it right the first time.

I still use Chris the mechanic every now and then and when I start to stress out over the bill, I remember how much money I lost with my cheap mechanic. And, I remember those words I learned from Chris that I hold as the honest truth: “Cheap Ain’t Good, And Good Ain’t Cheap!”

Call Joe at 406-493-1881! I offer a free consultation and sample website so you see what you’re getting before you purchase.