Okay, so I usually write about some pressing matter in the SEO World but this time I thought it would be fun to write about a new feature coming to Facebook!

Mark Zuckerberg announced they are testing new features on Facebook and revealed they may add a “Dislike” Button. This is something people have been wanting for years. He said the Dislike Button would be more for showing empathy towards things like natural disasters or someone dying. He never said when this feature would be revealed so some day you could log into Facebook and suddenly it’s there. A Dislike Button could really change the way we use Facebook personally and in the sense of running Ads. It’s still somewhat unclear on how this Button will be used in that sense. I think it’s an awesome feature to be added and it sounds that Facebook is really working on this to work in a way that won’t promote hate or anger. It’s truly amazing how something so simple can be so complicated. 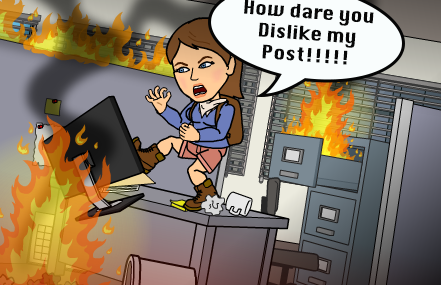 How will this impact your Business? It’s scary to think you could post something about your Business and someone decides to Dislike it. This feature may end up just being in your Personal Feed. Currently someone can Like and stand by a Business or if they don’t like them they have no real way to voice an opinion, however when the Dislike Button appears they will have a chance to not approve of someone or something. If you post or say something wrong you may feel a little embarrassed if you start getting a bunch of Dislikes. I guess it will make people a little more cautious of what they post on their Business Page if this option appears there.

Whether you like Facebook or not Mark Zuckerberg is being said to be one of the most influential business owners who literally changed the world with Facebook. And that’s why the simple Dislike Button is going to change our behavior on this Social Media giant.