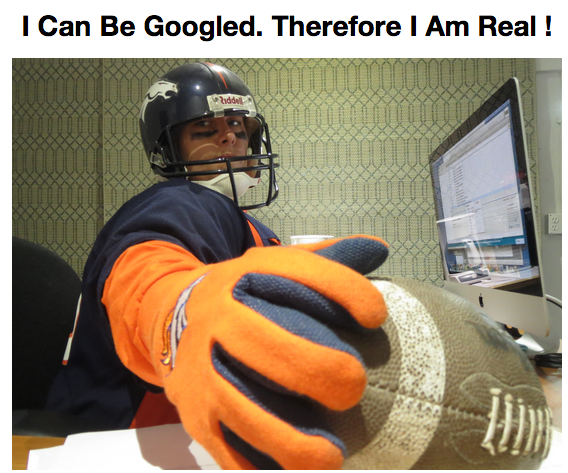 A fabulous fall Monday morning we saunter into the office. Suddenly, we realize Google’s Hummingbird Update has hit the SEO sites finally. One of my many joys was coming into the office on Monday mornings and checking on our SEO Clients rankings and seeing them either on Page One or steadily climbing towards meeting that goal. However, this frightful Monday morning mutated into “Why is he on page eight?! When he was on page one before?!?” And like all Google updates there are at times no rhyme or reason why sites get hit like they do. Some of our client’s sites stayed the same, some ranked higher, and some perished into a mythical void I’d like to call The Dark Side. As you know fear is the path to the Dark Side and it generally leads to anger and then to hate where some may have been tempted to throw their computer out of the window due to their new ranking. Once you’ve hit the realization that you are nowhere to be found on Google this path leads you to suffering. And then you say to yourself, “At least I have an SEO company that can suffer with me.” 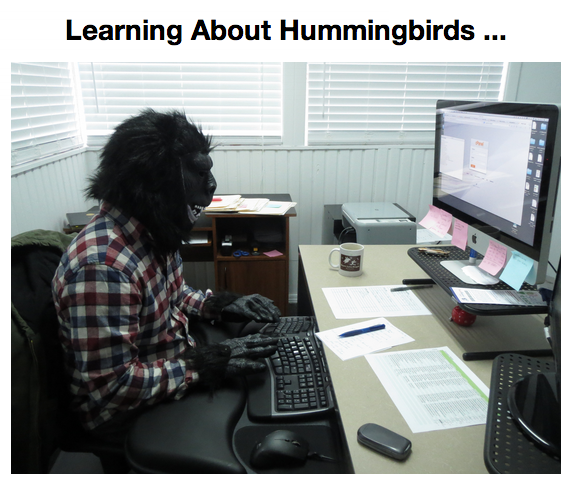 Now, what do we do when we’ve lost you to the Dark Side? It’s simple get on every forum, watch new videos by leading SEO experts, and look at links and how we’re doing things and discovering what we’re either doing wrong now or not doing. The hardest thing about Google is that you can be doing what they want then suddenly whatever you’re doing Google decides they don’t like it and then you get slapped in the face for doing it. Let’s face it; there is no mystical energy or force field that can control your destiny with Google. However, if you can depend on your SEO Company to discover what is wrong and then fix it then you’re in good hands.

I must admit Joe is one clever guy that always has an eagerness to learn and figure out what went wrong. After the update he studied all that he could and signed up for a conference with the top SEO agents in the industry and is figuring out what went wrong or what could have been done better. I’d like to take Scott’s Carpet Cleaning as an example of how this update turned a leading site into a fairy tale. So, Scott’s website had been on Page One forever and we were working on getting him number one on page one and it looked to be going well until suddenly the update hit and then his page was no where to be found. After a few forums and webinars there was a new method shared to get a site back on the map. Joe researched and purchased a ligament and good standing domain. All the old sites info was put on this new domain and then Joe did a redirect and within a week Scott was back on page one and his new site/domain is now doing better than ever. So, don’t be scared of the update we’re working on all of your sites and trying as hard as possible to get you back in good standings with Google. 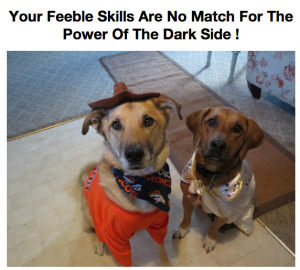 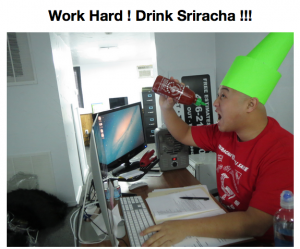 For us the triumph of getting you to page one is a huge achievement in this office. In our office we feel that nothing great is ever achieved without some enthusiasm. So, if your site has been hit by the Google update don’t sit in anguish and reminisce of the good ol’ days where you were at the top of Google, be confident in us and we will try our best to have you back to your previous page one destination. Take this Google update as a reminder that as long as “The Dark Side” exists we are all vulnerable to the force of Google.

Yes, Google is important and brings in a large percentage of your business; however do not forget about the basics. Google is an entity that no one can control. It’s the most powerful force known to man and it will destroy a small business if you count solely on Google.

Success is not final, failure is not fatal, and the successful business owners wake up and work hard to achieve success. So, get out there go door to door, do mail outs, network, and make yourself known in your community.

We hope you all had a terrific Halloween and as you can see from the photos we’re working hard on getting you to Page One & Congrats to those that have achieved this already!